HOW DOES IT GO UP AND DOWN?

A GLIDERÂ´S JOURNEY, STEP BY STEP

LAB The scientist decides on the glider's mission and the engineer, who's also the pilot, inputs the data into its operating system: route, deepest dive, how often it will get in touch with the base, what data it will collect and how often, what information to transmit, etc. 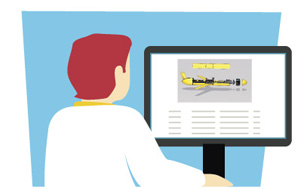 LAUNCHING AND NAVIGATING Once we've put the glider in the water, first it sinks and then it bobs back up. During the entire mission, it keeps on going up and down like this. As it sinks and surfaces, it collects data. A set of alkaline or lithium batteries provide the power it needs to move. It doesn't have propellers or a motor, so it doesn't use up a lot of energy. Okay, so... how does it move along? It does so by using its wings. When the glider goes up and down, it glides in the water. If it has to change course, it uses the rudder attached to its tail.
DATA TRANSMISSION The glider comes up to the surface, connects its antenna, and sends the data it has collected via satellite. If necessary, it receives new orders. Its GPS helps it find its way, detects whether the currents have set it off course, and points it in the right direction.

A glider doesn’t have a motor, so it uses as little battery power as a cell phone. It gets the power it needs from alkaline or lithium batteries.

How long do they last? Well, that depends on: 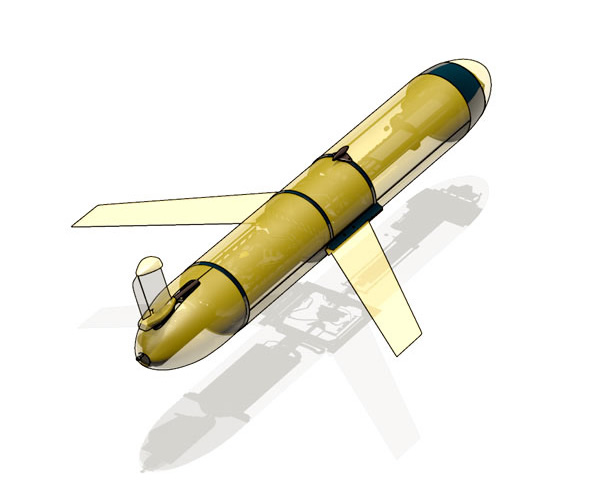 WHAT HAPPENS IF IT GOES OFF COURSE?

Ocean currents can set a glider off course. When it realizes what’s going on, the glider can correct its “mistake”: for example, if it thinks there have been currents heading south, it will head further north to correct that divergence.

END OF THE MISSION

The mission ends because…

With any luck, the glider will make it home on its own. But that may use up a lot of battery power, so we have to figure it all out very well in advance, so the glider won’t end up stranded.

Sometimes it’s worth continuing to collect scientific data even if a glider’s batteries have run out. In this case, when the power is all used up, we set out to find the glider, wherever it may be. And that isn’t always easy!

WEÂ´VE GOT A PROBLEM!

There are many dangers out there while a gliderÂ´s on a mission:

If any of this happens, we have to suspend the mission and rescue the glider!